Replacement windows in london , north, east, west or south can be accomodated by doorwins replacement windows in aluminium and upvc and help advise daily on hundreds of designs for the customer on replacing the existing windows of the home. Doorwins are a london based replacemnt company and can help you too.

When we choose window replacements, its always crucial to choose the correct window replacement company near you. I say ‘’near you’’ because its good to have them local due to any inconsistencies and can bring much less hassle in the long run. So a good option to search on google would be ‘’window replacement near me’’ and that will bring up the local suppliers and manufacturers of replacement windows.

If you’re looking for a way to transform an older house, you can start with its windows as it’s the most effective, yet simple process to making a home energy efficient and upping the value fast. The right windows are meant to provide several benefits. They bring in natural lighting, offer insulation, and welcome fresh air in and that’s where Replacement Double Glazing comes in to play. Many developers and home owners will always look to replace the glazing of a building first before doing any other decor to the home or building.

IN A HURRY?  USE OUR QUICK CALCULATOR

how much does it cost to replace windows uk

The average price of a upvc window unit is £200 - £300 and for a pvc door with frame replacement can cost from £400 upwards. Aluminium window replacement will usually cost between £400 - £600 and an aluminium door unit price will start from £600 upwards and can go up or down on many factors. Across the UK, replacement glazing can vary in pricing and London being a capital city that is quite busy and very populated, means that the pricing will vary due to factors such as taking ‘’installation’’ with the units or supply only replacements. Replacement glazing units can be cheaper when bought as supply only but will surely differ in price when installation is taken. 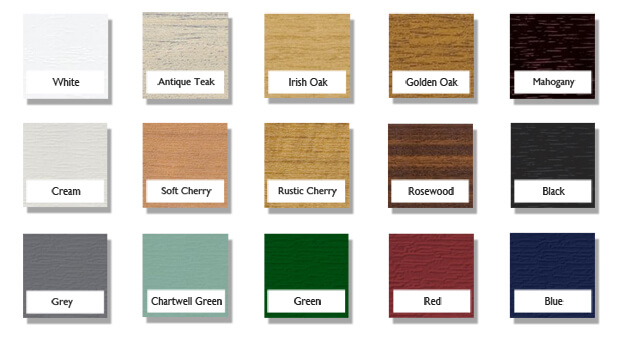 ALL OUR UNITS ARE AVAILABLE IN ALUMINUM AND UPVC

Windows in london are a significant part of the home. It participates in designing a home, provides security, protects the indoors from unwanted drafts, and shields rooms from sunlight. London has many companies that offer replacement double glazed units but its always a good idea to know who you are buying with.

Like most furnishings of a home, windows have an expected expiration date. You need to know when you should change out your windows.

Refusing to change a damaged window could affect your health, security, and finances. (Because of poor insulation, people opt to turn to heating systems and increase their bills.)

It could also lower your property value when it comes to selling your house. Cracked windows, faded areas, and mold development could steer buyers away.

For any inquiries about window problems, you can refer to Doorwins ‘The Glazing Experts’. They are conveniently located in the city of London and have an array of double glazed windows to choose from.

How Do You Know It’s Time for a Window replacement?

Depending on the how well installed a window is or the environment of the house, the expected lifetime of a window varies. According to window experts, you should change your windows every 15 to 20 years. Here are some signs that its time to retire your windows for replacement double glazed units.

Because windows can get easily dirtied and scuffed, you can usually get rid of them by cleaning them away. Small flaws in windows can be disregarded.

However, any major cracks and signs of molding are not normal. Mold usually grows when a layer of a window cracks and becomes damp inside.

Signs of condensation in your windows mean that the double glazing windows have a problem with ventilation. Because of this, your house isn’t getting the insulation that double glazed windows should have.

Windows were made as a protection to keep the indoors from unwanted heat and drafts. If you feel cold air drifting into your rooms, even when the windows aren’t open, chances are there is a problem with the sealing of the window.

Sometimes, windows are harder to open and close because of the build up of dirt, dust, and other fragments. You can usually clean the roller system and track of a window with silicone free, non - solvent solution.

Other times, difficulty in moving the windows is caused by a bad rolling system and should be replaced as soon as possible for safety purposes.

Many of older houses bear single paned windows which possess only one layer to protect the house. In comparison, double glazed windows are made to have sufficient protection against harsh UV rays.

Failure to install at least double glazed windows in your house could ruin carpets, furnitures, artwork and electronics that come in contact with direct sunlight.

Why a double glazed window replacement?

What are Double Glazed Windows?

Double glazed windows are described having two layers of glass. Typically, in between these two layers is inert gas that helps to reduce heat transfer.

ALL OUR UNITS ARE AVAILABLE IN ALUMINUM AND UPVC